You Are Here: Home » General » Emboldened China Wields Its Laws to Silence Critics From Abroad

Emboldened China Wields Its Laws to Silence Critics From Abroad

BEIJING — On the morning he disappeared, the activist Lee Ming-cheh crossed from Macau into mainland China to meet with democracy advocates.

It was 177 days later when he reappeared in public, standing in the dock of a courtroom in central China last week, confessing to a conspiracy to subvert the Communist Party by circulating criticism on social media.

The circumstances surrounding Mr. Lee’s detainment remain murky, but what has made the case stand out from the many that the Chinese government brings against its critics is that Mr. Lee is not a citizen of China, but rather of Taiwan, the self-governing island over which Beijing claims sovereignty.

The proceedings against Mr. Lee, who is expected to be sentenced as soon as this week, punctuated what critics have warned are China’s brazen efforts to extend the reach of its security forces to stifle what it perceives as threats to its power emanating from overseas.

In recent months alone, China has sought the extradition of ethnic Uighur studentsstudying overseas in Egypt and carried out the cinematic seizure of a billionaire from a Hong Kong hotel in violation of an agreement that allows the former British colony to run its own affairs. The billionaire, Xiao Jianhua, now appears to be a material witness in another politically tinged investigation against the Chinese conglomerate Dalian Wanda.

China abruptly surfaced charges of rape against yet another billionaire, Guo Wengui, after he sought political asylum in the United States, where he has been making sensational accusations about the Communist Party’s leadership. Mr. Guo’s case could become a major test for the Trump administration’s relations with Beijing at a time of tensions over North Korea and trade. 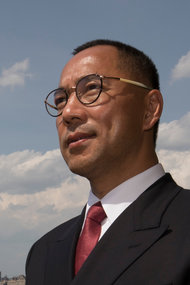 The Chinese billionaire Guo Wengui has sought political asylum in the United States.

“China has been extending its clampdown — its choking of civil society — throughout the world, and often it is attempting this through official channels such as the U.N. or Interpol,” said Michael Caster, a rights campaigner who was a co-founder of the Chinese Urgent Action Working Group. “Unfortunately, they’re very adept at doing it.”

Mr. Caster noted that Interpol’s president, Meng Hongwei, is a veteran of China’s state security apparatus. Human Rights Watch recently reported that China was blocking the work of United Nations agencies investigating rights issues and preventing critics from testifying at hearings, including in one case the leader of the World Uyghur Congress, Dolkun Isa.

China’s economic and diplomatic clout has meant that few countries are willing or able to do much to challenge its extraterritorial legal maneuvers. Some have even gone along.

And countries as varied as Armenia, Cambodia, Indonesia, Kenya, Spain and Vietnam have all extradited to China scores of people accused in a spate of telephone swindles targeting Chinese citizens, even though the suspects are, like Mr. Lee, citizens of Taiwan.

“Treating Lee Ming-cheh as a mainland Chinese marks a major watershed,” said Hsiao I-Min, a lawyer at the Judicial Reform Foundation in Taiwan, who accompanied Mr. Lee’s wife from Taiwan to attend the trial. 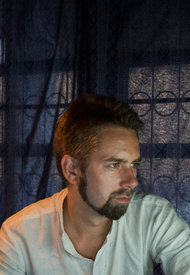 Peter Dahlin, a Swedish citizen, was arrested in China and held for 23 days last year.

Mr. Lee’s case has added new strain in relations with Taiwan, which have soured since the election last year of a new president, Tsai Ing-wen. China has cut off official communications with Ms. Tsai’s government over her refusal to voice support for what Beijing calls the “1992 consensus,” which holds that the mainland and Taiwan are both part of the same China but leaves each side to interpret what that means.

In response to Mr. Lee’s legal odyssey, Ms. Tsai’s government has been relatively muted. “Our consistent position on this case is that we will do everything in our power to ensure his safe return while protecting the dignity of the nation,” said a spokesman for the presidential administration, Alex Huang.

China and Taiwan had in recent years cooperated on criminal investigations under a protocol that required each to notify the other in cases involving the arrests of its citizens. The Chinese government has recently abandoned such diplomatic niceties, officials in Taiwan say.

Taiwan’s government was notified of Mr. Lee’s arrest only when the public was — 10 days after his detainment in March near Macau, the former Portuguese colony that, like Hong Kong, is a special administrative region of China with its own legal system.

Whatever the veracity of his courtroom confession, Mr. Lee, 42, assumed enormous risk to make contact with rights campaigners inside China. A manager at Wenshan Community College in Taiwan’s capital, Taipei, Mr. Lee volunteered for a rights organization called Covenants Watch and often traveled to the mainland.

Mr. Lee’s wife, Lee Ching-yu, learned his case had come to a head when a state-appointed lawyer contacted her this month. She only found out about his court appearance last week in Yueyang, in the southern province of Hunan, from news reports that circulated two days later, according to Patrick Poon, a researcher at Amnesty International. 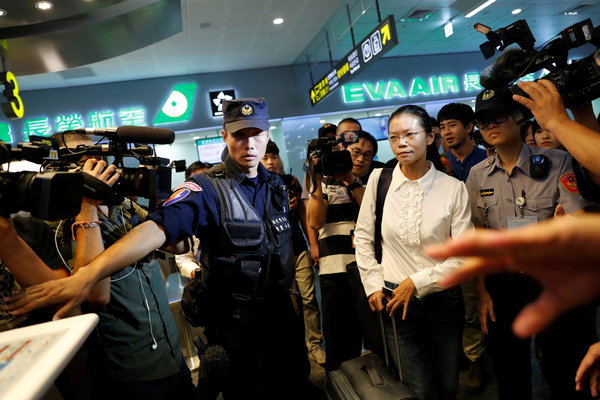 Lee Ching-yu, the wife of Mr. Lee, departing for her husband’s trial in China from an airport in Taipei, Taiwan, this month.
TYRONE SIU / REUTERS

According to excerpts released by the Yueyang Intermediate People’s Court, Mr. Lee entered a guilty plea. He appeared with a Chinese co-defendant, Peng Yuhua, and together they were accused of trying to organize protests using the social media platforms WeChat and QQ, as well as Facebook, which is banned here.

Mr. Lee told the court that watching Chinese state television during his prolonged detention convinced him that he had been deceived by Taiwan’s free news media and was wrong about China’s political system. “These incorrect thoughts led me to criminal behavior,” he said.

Mr. Hsiao, the lawyer from Taiwan, said none of Mr. Lee’s acquaintances had heard of the co-defendant. Mr. Peng testified that together they had established chat groups online and formed a front organization, the Plum Blossom Company, with the aim of fomenting change. Mr. Hsiao said that no such company existed.

“He was a fake,” Mr. Hsiao said of Mr. Peng. “This guy does not really exist. He was playing a role.”

Ms. Lee, too, denounced her husband’s trial as a farce. “Today the world and I together witnessed political theater, as well as the differences between the core beliefs of Taiwan and China,” she said at her hotel in Yueyang, adding that the “norms of expression in Taiwan are tantamount to armed rebellion in China.”

Mr. Lee’s case has echoes of the fate of five booksellers in Hong Kong, four of whom who were spirited out of the semiautonomous city in the fall of 2015 after publishing gossipy material about Chinese political intrigues, which, while legal in Hong Kong, is not in China.

One bookseller, Lee Bo, is a British citizen. Another, Gui Minhai, is a naturalized Swedish citizen; he vanished from his seaside apartment in Pattaya, Thailand, in October 2015 and returned to China in a manner that has not been fully explained. He appeared on state television in January 2016 and said he had voluntarily returned to face punishment for a fatal car accident in 2003. He remains in prison.

“What happened to my father is a much larger issue,” Mr. Gui’s daughter, Angela Gui, who has been campaigning for his release, wrote in an email. “It shows that foreign citizens aren’t safe from Chinese state security, even when they are outside China’s borders. I find it strange that governments aren’t more worried about China’s new self-proclaimed role as world police.”