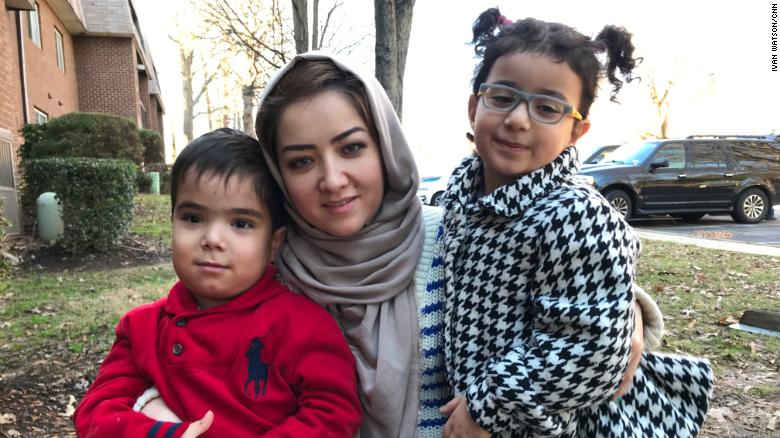 In a strongly-worded statement Saturday, Foreign Ministry spokesman Hami Aksoy said hundreds of thousands of prisoners were subject to “torture and political brainwashing” in China’s camps.
“We call on the international community and the Secretary General of the United Nations to take effective measures in order to bring to an end this human tragedy in Xinjiang,” the statement said. He claimed thousands of children had been separated from their parents by the Chinese government.
But Chinese state-run media has strongly refuted some of Turkey’s claims, saying they “violated the facts,” including allegations that Uyghur folk singer Abdurehim Heyit had died in jail.

As many as 2 million Muslim-majority Uyghurs are estimated to have been imprisoned in huge detention centers in China’s far west, according to a US government report.
The human rights crisis in Xinjiang has drawn increasingly harsh criticism from across the world. At a UN hearing in November, more than a dozen countries called on Beijing to end its “arbitrary detention” of Uyghurs.
Beijing has repeatedly denied it is detaining Uyghurs against their will, calling the camps “vocational training centers” and suggesting they are providing education.

Xinjiang governor Shohrat Zakir, himself a Uyghur, told the state-run Xinhua news agency in October that since the crackdown “Xinjiang is not only beautiful but also safe and stable.”
But Aksoy claimed the Chinese government was undertaking a deliberate campaign to eradicate “the ethnic, religious and cultural identities of the Uyghur Turks and other Muslim communities in the region.”
“The reintroduction of internment camps in the 21st century and the policy of systematic assimilation against the Uyghur Turks carried out by the authorities of China is a great shame for humanity,” the statement said.

The Turkish Foreign Ministry said it had learned singer Abdurehim Heyit, imprisoned for eight years for one of his songs, had died during his imprisonment in China.
“This tragedy has further reinforced the reaction of the Turkish public opinion towards serious human rights violations committed in the Xinjiang region. We expect this legitimate response to be taken into account by the Chinese authorities,” the statement said.
But state-run Chinese Radio International (CRI) released a video on its Turkish website appearing to show Abdurehim Heyet alive.
“Today is February 10, 2019, I’m in the process of being investigated for allegedly violating the national laws. I’m now in good health and have never been abused,” the musician said haltingly in the video.

Uyghur crackdown in Xinjiang doubles security spending in one year

On social media, CRI said the video was proof Heyit was “in good health” and Turkey’s allegations were “unfounded.”
A statement from China’s Ministry of Foreign Affairs said their camps were open to the world. “We have invited more than 12 countries’ ambassadors to China and foreign correspondents, including the Turkish ones, to visit Xinjiang,” the statement said.
The ministry called on Turkey to withdraw its “groundless accusations,” claiming both countries were facing “severe anti-terrorism situations.”

Large Muslim-majority countries have increasingly registering their disapproval of Beijing’s actions in Xinjiang. In December, the Indonesian government told reporters it had summoned China’s ambassador to explain the actions taken against Uyghurs.
There have been large-scale demonstrations in both Turkey and Indonesia against Beijing over the past year.
It comes as human rights activists and former detainees described death and torture inside Beijing’s Xinjiang camps.
Former detainee Mihrigul Tursun told CNN in January that she saw nine fellow inmates die during her time in the detention centers, in cells so crowded there wasn’t enough space for everyone to sit down.